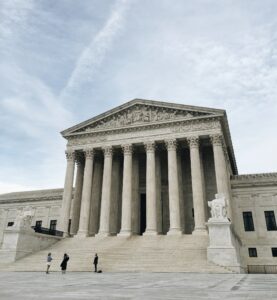 But on February 5, the US Supreme Court reversed the appellate court in the case of South Bay United Pentecostal v. Newsom.  Based on that decision, Judge Davila granted the emergency motion against the County and State defendants late Monday allowing the churches to operate at up to 25%.  The case is Gateway City Church v. Newsom and includes The Home Church, Spectrum Church, Orchard Community Church, and Trinity Bible Church.

Santa Clara County has been the most restrictive jurisdiction in the nation against religious assemblies.  It has assessed punitive fines against churches, including a $112,000 fine against North Valley Baptist Church and $2 million against San Jose Calvary Chapel.  In the latter case, the church was sued as a public nuisance by the County.

“We are pleased that Judge Davila did not hesitate to quickly respond to our emergency motion regarding Santa Clara County’s continued violation of churches’ rights to worship as articulated by the US Supreme Court on Feb. 5th”, said PJI President, Pro Bono Attorney Brad Dacus.

Pacific Justice Institute has been litigating the case in a joint effort with the Cannistraci Law Firm and McAllister Law Group.

Stay updated by signing up for the Legal Insider Email today!