Home > School Library Removes Books Suspected of Being Too Christian

School Library Removes Books Suspected of Being Too Christian 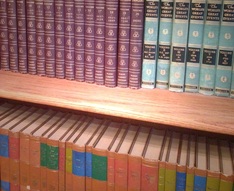 Temecula, CA–Pacific Justice Institute is warning a charter school in Southern California that it is violating the First Amendment by removing library books based on their perceived Christian content.

A parent of students enrolled at Springs Charter Schools was recently shocked to see some of the books being targeted for removal, including the well-known account of Holocaust survivor Corrie ten Boom, The Hiding Place.  The parent contacted PJI after library personnel explained to her that they had been directed to remove Christian books, books by Christian authors, and books from Christian publishers.

PJI attorney Michael Peffer sent the school a cease-and-desist letter on August 22, citing long-established Supreme Court precedent that strongly disapproves of school libraries removing books based on opposition to their content or message.

Last week, the Superintendent of Springs Charter Schools, Dr. Kathleen Hermsmeyer, ignored the precedent in PJI’s letter and instead insisted, “We . . . do not allow sectarian materials on our state-authorized lending shelves.”

PJI President Brad Dacus commented, “It is alarming that a school library would attempt to purge books from religious authors.  Indeed, some of the greatest literature of Western Civilization comes from people of faith.  Are they going to ban the sermons or speeches of the Rev. Dr. Martin Luther King, Jr.?  What about the Declaration of Independence that invokes the laws of nature and nature’s God?  We are calling on Springs Charter Schools to immediately reverse their ill-conceived and illegal book-banning policy.”

PJI responded to the school this week by sending a public records request and is prepared to take further legal action if the school continues to ignore its constitutional obligations.