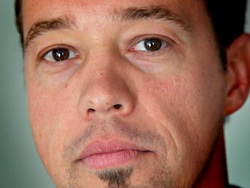 San Francisco, CA–Yesterday, the Ninth Circuit Court of Appeals denied further review of a controversial decision upholding a ban on “sexual orientation change efforts” by mental health professionals.  This latest ruling clears the way for the case to be appealed to the U.S. Supreme Court.

In 2012, SB 1172 was pushed through the California Legislature and signed into law by Gov. Jerry Brown.  The bill imposed restrictions on mental health professionals, including psychologists, psychiatrists, therapists, and others, barring them from counseling minor clients in ways that would help alter or diminish same-sex attraction or gender identity dysphoria.  Pacific Justice Institute led the opposition to SB 1172 in the Legislature and filed suit immediately when Gov. Brown signed it.  PJI represents a psychiatrist, a licensed therapist who also oversees a church counseling ministry, and an inpidual who deals with same-sex attraction and has benefited from the therapy now being banned.

PJI won a preliminary injunction in U.S. District Court that has prevented SB 1172 from taking effect for more than a year.  On appeal, a three-judge panel of the Ninth Circuit reversed the injunction, agreeing with the State that the law should not even be analyzed under First Amendment principles because it was a professional regulation.  In yesterday’s decision, a larger panel of the Ninth Circuit declined to hear the case.  A stinging dissent by Judge O’Scannlain, joined by Judges Bea and Ikuta, urged the view that SB 1172 should be examined under free speech principles.  PJI now plans to file a Petition for Certiorari with the U.S. Supreme Court.

Brad Dacus, president of Pacific Justice Institute, stated, “We will continue the fight to protect the freedom of counselors and young people seeking help with their same-sex attractions.  Throughout this process, we have been astounded by the lengths to which LGBT activists and the State of California have gone to distort science, free speech principles and common sense.  The implications of this case reach far beyond this issue, and we are optimistic that the Supreme Court will rectify the Ninth Circuit’s latest attempt to defy its precedents.”

Watch the story of Aaron Bitzer, one of our plaintiffs, who has benefited from this therapy: