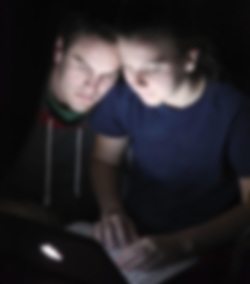 Florence, Colo.–In a twist of irony, school officials who have been under fire for disregarding student privacy rights are now warning complaining families that law enforcement will be monitoring social media discussions about their concerns.

In a report released late yesterday, Superintendent Rhonda Vendetti again waved off parents’ and students’ concerns about the district’s decision to allow a teenage boy at Florence High School who identifies as a girl to freely enter girls’ bathrooms and locker rooms.  The district was responding to a letter from Pacific Justice Institute raising serious concerns about the privacy rights of PJI clients who are teenage girls at the school.  The Superintendent’s conclusions were not surprising, since she had already sought sympathy from and given an exclusive interview to a transgender activist.  What was surprising to PJI attorneys, though, was the report’s failure to address threats by the athletic department against some of the girls’ continued participation in school sports after they asserted their rights.  Even more troubling was the Superintendent’s warning that the complaining families were now subject to having their social media monitored by police.

“Since we first broke this story, it has been shocking to see the lengths to which school officials and LGBT activists have gone to suppress the truth,” stated Brad Dacus, president of Pacific Justice Institute.  “We have now received a large and growing stack of hate mail from supposedly tolerant  LGBT supporters, most of which is based on unquestioning faith in school officials who have proved to be untrustworthy.  It is increasingly apparent that school officials and LGBT activists are on an all-out mission to discredit our clients rather than deal with the serious problems they have identified with a biologically teenage boy sharing bathrooms with their teenage daughters.  These new developments only stiffen our resolve and renew our focus to seek a balanced solution that honors the rights and needs of all students.”