Join us for the Celebration of Justice 2019 – Protecting America’s Future at The Grand Californian Hotel and Spa, 1600 Disneyland Drive, Anaheim, on October 26, 2019, 6:00 pm – 9:30 pm (VIP Reception by invitation 5:00 pm) This will be a formal occasion honoring distinguished attorneys and community leaders for their outstanding work and demonstration of an exceptional commitment to faith and family.

We are honored to have Larry Elder join us as Keynote Speaker, Todd Starnes long time award-winning journalist and radio commentator as our Emcee, as well as special guest and “Light in Hollywood” recipient, Stephen Baldwin.

This will be a festive and unforgettable evening, so mark your calendars now!
To reserve your spot today, call 916-857-6900 or purchase online below.

Corporate Sponsors – $20,000 – Call Sacramento office 916-857-6900
One table of ten for dinner with premier seating with one of the speakers, Recognition on our PJI Website, Facebook, and emails for event, invitation for ten to the private VIP Council of Justice Reception, full-slide sponsorship recognition at the event on scrolling video screen.

Running the Race – $10,000
One table of ten for dinner with premier seating, an invitation for ten to the private VIP Council of Justice Reception, full-slide sponsorship recognition at the event on scrolling video screen.

American Hero – $7,500
One table of ten for dinner with premier seating, an invitation for ten to the private VIP Council of Justice Reception, half-page-slide sponsorship recognition at the event on scrolling video screen.

Freedom Fighter – $5,000
One table of ten for dinner with preferred seating, an invitation for six to the private VIP Council of Justice Reception, half-page-slide sponsorship recognition at the event on scrolling video screen.

Founding Father – $3,500
One table of ten for dinner, an invitation for four to the VIP Council of Justice Reception, sponsorship name recognition at the event on scrolling video screen.

Patriot’s Pride – $2,500
One table of ten for dinner, an invitation for two to the VIP Council of Justice Reception, sponsorship name recognition at the event on scrolling video screen.

Flag Bearer – $600
Dinner for one – Includes invitation to VIP Council of Justice Reception, sponsorship name recognition at the event on scrolling video screen.

Thank you to our Corporate Sponsors: 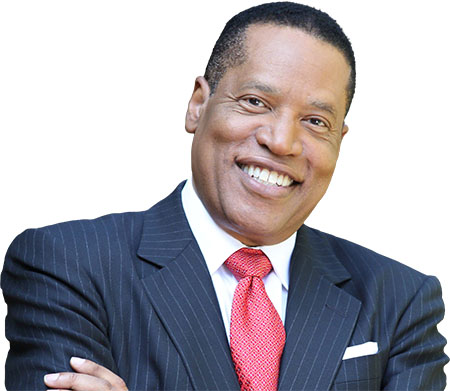 A “firebrand” according to “Daily Variety,” best-selling author and radio talk-show host Larry Elder has a take-no-prisoners style, using such old-fashioned things as evidence and logic. Larry shines the bright light of reasoned analysis on many of the myths and hypocrisies apparent in our system of government, our society, and the media itself.


Larry is author of best-selling books, The 10 Things You Can’t Say in America, Showdown: Confronting Bias, Lies and the Special Interests That Divide America, What’s Race Got to Do with It? Why it’s Time to Stop the Stupidest Argument in America, and  Dear Father, Dear Son: Two Lives.

Larry is also founder of Larry Elder Charities, a non-profit organization offering non-government, self-help solutions to problems of poverty, crime, poor parenting, dependency and education.  A graduate of Brown University, and, University of Michigan, School of Law, Larry Elder will provide thoughtful insight on the day’s most provocative issues. 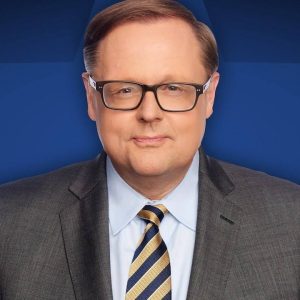 Todd Starnes has been an on-air talent at Fox News Channel for more than a decade. Todd is the host of “Starnes Country” on Fox Nation (a streaming service by Fox News Channel) and “The Todd Starnes Radio Show.” His three-hour daily radio program is nationally-syndicated to more than 100 radio station and his short-form radio commentary airs on more that 500 stations nationwide..

Todd writes a syndicated newspaper column that also appears on a number of conservative websites including FoxNews.com and TownHall.com and is of four books – the most recent being “The Deplorables’ Guide to Making America Great Again” – a handbook on how Christians can engage the culture.

Todd is the recipient of an Edward R. Murrow Award and an Associated Press Mark Twain Award for Storytelling. In 2014 he was awarded the National Religious Broadcaster’s Board of Directors Award. He is a frequent speaker at churches, Christian conferences and Christian universities. In his spare time, Todd is active in his church, plays golf, follows SEC football, and eats barbecue. He lives in Brooklyn, New York. 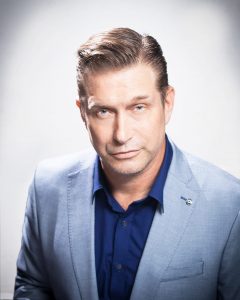 Stephen Baldwin is an actor, producer, and author who landed his breakthrough role in the double Academy Award winning film “The Usual Suspects”. Additionally, he has had more than 100 film and TV roles including: “Doyle” in Bio-Dome; “Barney Rubble” in The Flintstones; Viva Rock Vegas; and “William F. Cody” in the hit series The Young Riders.

Baldwin recently completed his series entitled The Great American Pilgrimage (The GAP) for RT Network, a documentary where Baldwin embarks in an RV with his 3 dogs on a journey across The US – speaking with everyday people about what America means to them.

Baldwin produced and can be seen in the upcoming film, Church People, a comedy starring Joey Fatone, Donald Faison, and his brother William Baldwin, and the feature drama The Least of These: The Graham Staines Story, based on a true story of missionary Graham Staines, who was martyred in India in 1999, in theaters now worldwide.